As we age, our bodies and brains become less effective. Among age-related mild cognitive impairments, we find a loss of listening skills, focus impairment and the reduction of the information processing speed. According to recent studies, these disorders might be reduced by learning to play an instrument.

Preserving brain performance by learning to play an instrument

A new study provided information attesting that playing an instrument might have an effect on brain abilities. Learning to play an instrument might improve hearing skills and prevent the development of mild cognitive impairments and mental weaknesses which appear throughout aging.

Bernhard Ross, the main author of this study, is a professor of neuroscience at the University of Toronto. His research studies were made at the Rotman Research Institute, an institute specialized in the improvement of brain function during normal aging.

This study was carried out on 32 healthy adults with a normal hearing skills and no previous neurological nor psychiatric history.

For the group that learnt to use this new instrument, there was an increase of beta oscillations reactivity, which corresponds to the brain’s electrical activity that appears in a period of high activity or concentration. A connection improvement between the auditory cortex and the sensorimotor (matter of both sensorial functions and motor ability) was observed.

The group that reproduced the sound on a computer keypad and did not learn how to play an instrument, however, showed a much lower motor development.

Brain performance rehabilitation through learning to play an instrument

This B. Ross PhD.’s theory implies that when we play a musical instrument, we mobilize several brain functions such as the auditory system, the motor system or perception mechanisms. Learning to play an instrument might improve a person’s listening and hearing skills over a short period of time. These changes in brain activity demonstrate the brain’s ability to develop continuously. This suggests that the brain would be able to fix, by itself, the dysfunctions in tasks execution caused by brain damage or age-related diseases.

Odélie is a trainee specialized translator at Elvesys. She is graduating from the university of Paris-Est Marne-la-Vallée and works in French, English and Spanish. 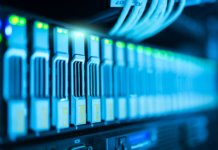 Measuring aging: what is your physiological age?