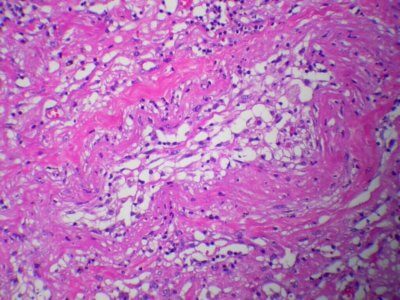 There are two types of tissues storing fat in the body, white adipose tissue and brown adipose tissue. The first, which is predominant, whose proportion increases when you get bigger, has the main role of storing these fats. On the contrary, brown adipose tissue normally keeps a constant size. It uses fat to keep the body of warm-blooded animals at the right temperature.

However, a new role for this tissue may well have been elucidated this year by researchers at Rutgers University-New Jersey Medical School. Indeed, in their article in the journal Aging Cell[1], they explain having made this tissue more active in mice, thanks to a mutation. This has increased their healthy longevity, and reduced their accumulation of fat mass.

RGS14 plays a role in fat reduction and aging

RGS14 belongs to a group of proteins that regulate the activity of the G family of proteins. These proteins are involved in the transmission of signals between the outside and inside of cells. As surprising as it may seem given the effect of its mutation, the RGS14 protein has only been studied so far for its role in embryonic development and in the functioning of certain neurons. But by deleting the gene responsible for RGS14, Stephen F. Vatner’s team then realized that without them, mice not only lived longer, but also did not develop the usual signs of aging observed in mice of the same age. Effects such as general body atrophy or hair loss and graying.

The researchers then decided to observe the mice more precisely. They noticed that, compared to normal mice, mutated mice were a few grams lighter than normal mice. They also notice that they had less fat mass stored as white adipose tissue, and more brown adipose tissue than normal. This change, which is accompanied by a more efficient metabolism and better resistance to low temperatures, would be responsible for the healthy aging they observe.

But how? Researchers are thus questioning the role of sirtuins, these proteins generally involved in maintaining the body in good health in the face of aging. They find that SIRT1, the sirtuin commonly associated with this phenomenon, is less expressed in mutants. On the contrary, they observe that another sirtuin, SIRT3, involved in the transition from white to brown adipose tissue, takes over from the first. By studying the effect of a double mutation of RGS14 and SIRT3, they show that the beneficial effects on metabolism caused by their first mutation depend on SIRT3.

Brown adipose tissue: a type of fat for healthy aging?

Since the mutation caused by the researchers affects the entire body of the mouse, they still had to prove that the effects observed are indeed due to the overactivity of the brown adipose tissue. To do this, they decided to exchange brown adipose tissue from mice that have the mutation of the RGS14 protein gene and those that do not. They observed a surprising effect: non-mutated mice receiving the mutated brown fat aged better and healthier. On the other hand, mutated mice receiving unmutated fat returned to normal aging.

Thus, brown adipose tissue rendered overactive at the expense of white adipose tissue would increase the healthspan and longevity in mice. But even more, didn’t Stephen F. Vatner’s team just find, through RGS14, a potential target for future treatment for humans?  A treatment capable of killing two birds with one stone: fighting against ageing, but also against obesity?

Unfortunately, the answer is not so simple. Indeed, in humans, brown adipose tissue has almost disappeared in adults and is only necessary in infants. Nevertheless, in obese patients, brown adipose tissue disappears completely in favour of white adipose tissue[2]. This suggests that there is a similar conflict between the two types of fat tissue in both humans and mice. It is therefore not yet time to bury a treatment based on RGS14 modifications!

Back pain and FOXO, an anti-aging equation